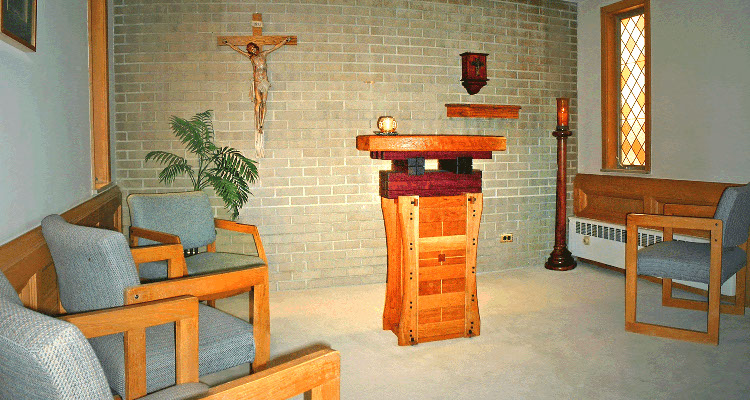 After spending twenty-four years in various levels of education, including serving as president of Cabrini College from 1982 to 1992, Eileen completed a master’s degree in spirituality at Creighton University. She then completed a residential internship program in retreat direction for the Spiritual Exercises at the Jesuit Center for Spiritual Growth in Wernersville, Pennsylvania. She has extensive experience in spiritual direction and in giving conference retreats for groups.

was ordained in 2000.  He has a master's in economics.  After ordination, he served on the Province Staff in Social Ministries.  He has also served in parishes.  His interests are the integration of spirituality with life-threatening illnesses, public policy, and the "Nones".

was ordained in 1972. He received his doctorate in Spiritual Theology from the Gregorian University in Rome. His first assignment was to Sacred Heart Retreat House from 1975 to 1979. In subsequent years he has served as Novice Director, Provincial of the Missouri Province of Jesuits, President of Rockhurst University in Kansas City, and currently as director at Sacred Heart Jesuit Retreat House.

is in her seventeenth year at the retreat house. She completed a two-year course in spiritual direction and a four-year biblical course through the Archdiocese of Denver. She offers spiritual direction, directs individual retreats, and accompanies others through the Spiritual Exercises in Daily Life. She is married and has two grown children.